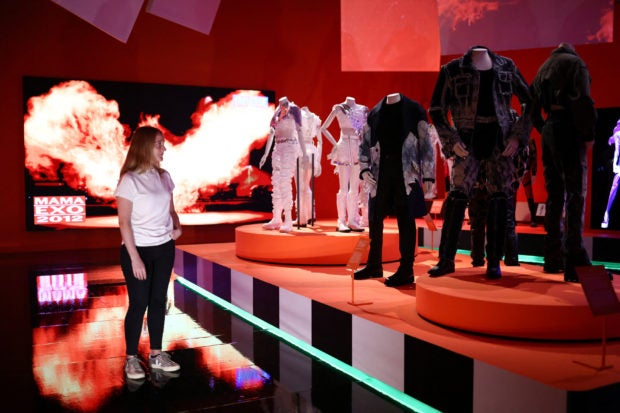 LONDON – From the brilliant pink guard costumes in hit Netflix sequence “Squid Recreation” to a big sculpture of rapper G-Dragon, London’s V&A museum is celebrating South Korean widespread tradition and its rise to international prominence in a brand new exhibition opening this week.

Among the many gadgets on show at “Hallyu! The Korean Wave” are Okay-Pop costumes, Okay-drama props in addition to a reproduction of the toilet set in Oscar-winning movie “Parasite”.

“This exhibition is definitely celebrating the colourful and vibrant widespread tradition from South Korea from its inception to its place on the worldwide stage,” curator Rosalie Kim advised Reuters at a preview on Wednesday.